Take a break in Vienna 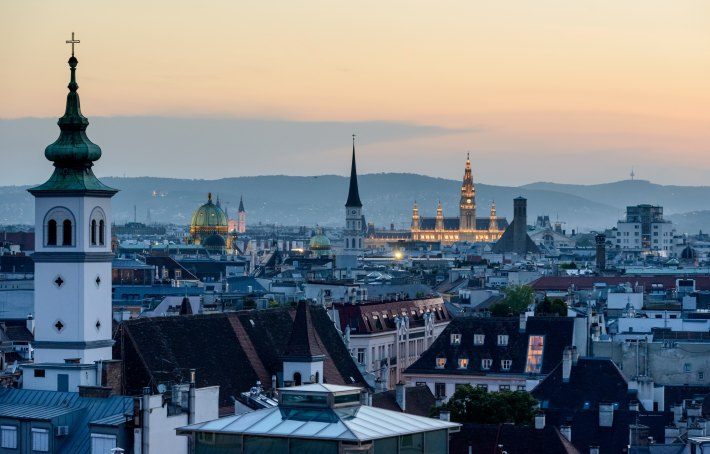 Have you got a long weekend and don’t know which destination to choose? I would suggest the capital of Austria: Vienna.

Vienna is a destination that is bound to surprise you. It is bursting with history. It is an imperial city that you will thoroughly enjoy visiting.

Three days is enough to do all of your sightseeing, but you may still be itching for more because it is a city with great potential.

These are the must-see places if you have a long weekend.

In the middle of this square, you will come across a huge statue in honour of Empress Maria Theresa of Austria, who reigned from 1740 to 1780. She was the first and only female ruler of the Hapsburg dominions of a large part of Central Europe. Do not miss the gardens surrounding this fantastic square flanked by centuries-old buildings, most of which are now museums. It is found right in the middle of the Ringstaße, a boulevard built on the ruins of the city walls on which many emblematic buildings now stand such as the Parliament and the splendid Gothic City Hall.

Another stop not to be missed is Vienna’s magnificent and unique opera house, considered the home of one of the world’s most important opera companies. It was bombed during World War II and the ensuing fire destroyed the original auditorium. However, reconstruction work began immediately and was carried out following a more contemporary design (1945) but built entirely of wood to conserve the brilliant initial acoustics.

A guided tour is the best way of visiting it, as every last nook is explored and all of its secrets revealed (9 euros). If you visit the opera house between September and June, it is a good idea to go two hours before a performance, as if you’re lucky you can buy standing-room tickets for 4 euros. The Vienna Philharmonic is well worth seeing for an unforgettable experience that you will treasure forever.

If you start to feel hungry at the end of your sightseeing, by just crossing the road you will be able to go into the Hotel Sacher, famous the world over for its chocolate cake with apricot jam smothered in even more chocolate.

The entire grounds are a not-to-be-missed visit, especially the gardens, a true delight to behold.

The Place was the Hapsburg family’s summer residence. It has 1,441 rooms, 45 of which can be visited. Each of these rooms has its own particular style and décor, all of which are a true wonder to contemplate.

The most famous emperor and empress of Austria also lived here: Franz Joseph I and Elizabeth of Bavaria, more well known as “Sisi”. The guided tour of the Palace explains the daily lives and habits of this couple.

This extraordinary Palace was made a UNESCO World Heritage Site in 1996. It is also known as the “Versailles” of Vienna.

Hofburg Imperial Palace is considered by many as Vienna’s most magnificent building. It is now the official residence of the President of the Republic of Austria.

It should be highlighted that the building houses a number of cultural spaces: the Spanish Riding School, the Austrian National Library and the Empress Sisi Museum, amongst others.

The imperial winter residence can also be found on the grounds. This majestic building is also well worth a visit, whose architecture will leave your speechless.

If you can, buy the Sisi ticket (29 euros) that includes a full tour of the Schönbrunn Palace, Hofburg Imperial Palace and the Sisi Museum.

If you are a lover of libraries, I can assure you that the inimitable style of this one will fascinate you and will leave an impression not soon forgotten.

This library holds almost 8 million documents. You will find a papyrus collection, manuscripts, very old books (written in Latin), maps and ancient hypotheses on the solar system, music scores and globes of the Earth, amongst others.

This Palace was the residence of Prince Eugene of Savoy and was built between 1714 and 1723. This Baroque style complex now houses the Austrian Art Gallery whose centrepiece is The Kiss by Gustav Klimt. Going there just to see this work of art is highly recommended.

If there is time to spare, it is also well worth seeing the magnificent gardens that join the Palace’s two buildings: Upper Belvedere and Lower Belvedere.

This Palace is also historically significant, as the Austrian Independence Treaty was signed here in May 1955 following the withdrawal of allied troops that occupied the country after World War II.

These are some of the main sightseeing spots, but the city is full of other places to see and things to do. Spring is the best time to go to get the most out of the city, but you will be amazed by it at any time of the year. A sure-fire destination that will dazzle you.