Joan Maria Nin, the new Chairman of MoraBanc’s Board of Directors 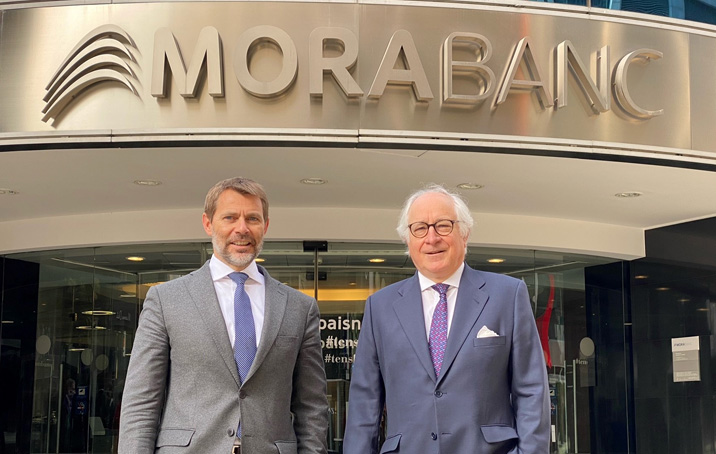 After the approval by the Andorran Financial Authority (Autoritat Financera Andorrana), MoraBanc’s Shareholders’ Meeting has agreed to the appointment of Joan Maria Nin as the institution’s new non-executive Chairman on 1 May 2021. Nin takes over from Pedro González Grau, who brings a seven-year period at MoraBanc to an end, first as its CEO and, in the last three years, as its Chairman. In MoraBanc’s new governance structure, Lluís Alsina will remain as the CEO and join the Board to replace Joan Quera, whose term of office has ended. Alsina will assume the duties of the CEO and highest-ranking executive of the MoraBanc group.

MoraBanc will thus complete the process of renewing its corporate governance structures in keeping with the best practices in the sector, following the recent additions of independent directors José Manuel Lara and Gilbert Saboya. The Board of Directors comprises five independent directors, three proprietary directors and one executive director.

Born in Barcelona in 1953, Nin studied Law and Economics at the University of Deusto and completed a master’s degree in Law at the London School of Economics and Political Sciences. During his extensive career, he has been General Manager of Santander Central Hispano (1980-2002), CEO (Chief Executive Officer) of Banco Sabadell (2002-2007), managing director of La Caixa (2007-2011) and Vice-President and CEO of CaixaBank, Criteria and La Caixa Foundation (2011-2014). He is currently a member of several boards of directors, including those at Itínere Infraestructuras, Promociones Habitat and Société Générale. Nin has extensive experience in the banking sector and on boards of directors and will thus bring further impetus to the bank’s corporate governance.

Lluís Alsina Àlvarez joined MoraBanc as chief strategy officer in 2015 to lead the digital transformation and the institution’s strategic plan for transformation and growth. In 2018 he was appointed Managing Director to lead the second strategic plan, which brought in 2020 the fourth consecutive year of profit growth. Alsina obtained a degree in Higher Industrial Engineering at the Universitat Politècnica de Catalunya and a master’s degree in Economics and Business Administration at the IESE; he holds a CEFA certificate and he has completed the Advanced Management Program (AMP) at Harvard Business School.

The term of office of Pedro González Grau, the first Chairman of MoraBanc who is not a member of the owning family, has come to an end. In 2014, he joined it as its CEO and launched a project for the bank’s profound transformation, one which he consolidated after becoming its Chairman, with recurring profit growth over the last four financial years.

The Board and the Shareholders’ Meeting would like to thank the outgoing Chairman, Pedro González Grau, for his commitment to the institution, his vision and leadership and the excellent results he has obtained throughout his years of service to the bank.